A new blog for all the caffeine crazy people in your world. Please let your friends know or I will tell them you knew this AND didn’t tell them:

2. There is now a line of quality coffee and tea products that come in compostable pods and packaging with plant-based ink.
While that isn’t news this IS: comes with edible cannabis. And pods fit in your Keurig! Same here: you have to be 21 to enter this website. Sorry, Skeeter.


3. According to , coffee is now OK to keep at nurses’ stations in hospitals. Yes, the Joint Commission, the people that approve the rules hospitals have to live by, found that heavy fines levied against hospitals that allowed caffeinated beverages at nurses’ stations finally had the desired effect. All hospitals banned coffee from nurses’ stations.
However, their statisticians found increase sloppiness, more errors on reports and an increase of residents yawning in patients’ faces. After years of fighting the good fight they finally relented, and the deans of medical education are happy to announce that nurses and residents are now working better together.
4. 3 is satire for those residents versed in the arts.
I worked in the coffee industry in a roasting plant for fifteen years and there are many healthful benefits to coffee.

I found several source documents, but I will start with the big guns.

Stars and Stripes.com by Martin  How Much Coffee Does a Soldier Need to Maximize Alertness? June 15, 2018

I do not see which types of coffee they are recommending, (here is a list, along with 6 fine articles to your whistle.) HOWEVER, I did not see the Greek coffee listed. It is a strong black coffee ground exceedingly fine-like flour. The article also doesn’t list how strong they brewed it, how long it has been standing (old coffee? YUICK!), and so on. Then we get into the algorithm thing needed to calculate all the variables.
Well, I am here to assure you that your United States Army has an app for that Yes Sir!


It takes into account your innate sensitivity to the brew and determines how much, and WHEN to consume caffeine to maximize benefits and keep those pesky jitters at bay.
The app will be available via smartphone that will enable you to “predict current and future alertness and cognitive performance based on a series of psychomotor vigilance task (PVT) tests, your sleep, and caffeine intake data.”
Now doesn’t that just sound like the U.S. Army? I know you will ask the most obvious question — how many men and women serve in the military?
On January 23, 2019, there were close to 1.4 million people serving in the U.S. Armed Forces. That means that 0.4 percent of the American population is military personnel.

As of 2014, the (VA) estimates to there were 22 million military veterans in the U.S. population. If you add to the active personnel 7.3% of all living Americans have served at one point.
An interesting tidbit: at the height of the Vietnam War over 500,000 personnel served in-country. I have a link to a previous post on the Vietnam War.
A tidbit: more than half of all veterans are over 60 now.
But we were talking about coffee.
Dr. James , at the US Army Medical Research and Materiel Command, said !
He also noted that when you drink coffee plays as much a role as the amount.
This link will get you to the tool — sort of. The address for the 2B-Alert Web app is https://2b-alert-web.bhsai.org but you will need to put in your username and password, pesky regs.
But the tool is still being developed. It doesn’t say what kind of coffee has the most caffeine either.
But I knew you would ask so I put a link HERE for the amount of caffeine, not only in coffee but soda, tea, etc.
Thanks for joining me.
Craig Martineau 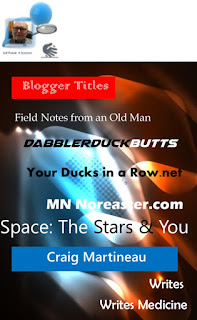 Posted by Craig Martineau at 6:43 PM